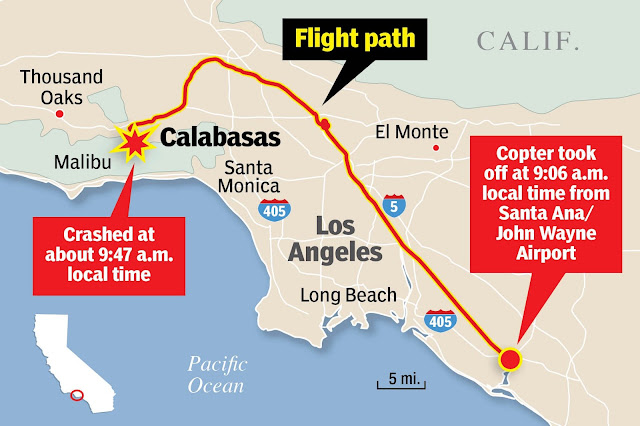 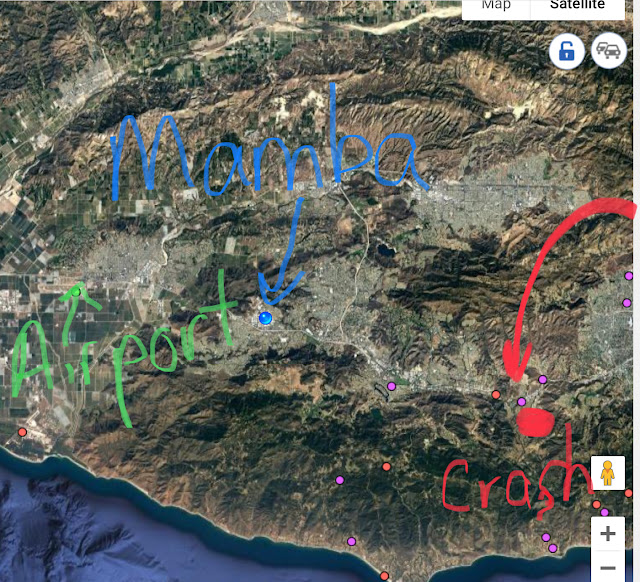 - Pilot wants to turn south to the 101.
- Pilot says he is approved VFR conditions.  -
- 72EX wants to talk to SoCal tower but doesn't seem to connect.
-VFR conditions 1,500.
- SoCal approach tower asks him what his intention
- Air traffic control says he is too low level for flight following
- Helicopter crashes in a valley area near the SoCal Water District on a hillside

Satellite imagery over the SoCal coast where a helicopter crashed, killing all passengers onboard, including Kobe Bryant.

At the moment, there isn't any information detailing whether or not fog or other weather was to blame for the crash. pic.twitter.com/pOAFjeU6sT
— Dakota Smith (@weatherdak) January 26, 2020 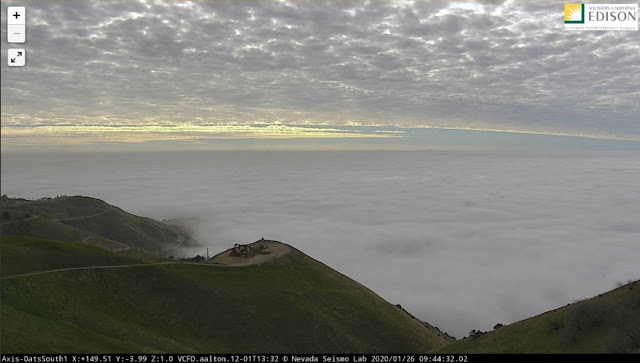 Kobe Bryant, although best known for his time on the basketball court, was half of Bryant Stibel, a $100M investment fund run in conjunction with startup veteran Jeff Stibel; both Bryant and Stibel had been angel investors in a significant number of startups, even before formally creating the fund in 2016, investing in such companies as Ring, LegalZoom, Tile, and many others. The crash site where Bryant and the others crashed is within view of a cluster of business parks, which houses some of the high tech companies along the 101 corridor.
Posted by Syndicated Maps at 1/27/2020 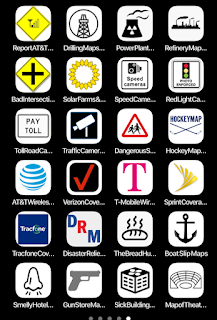